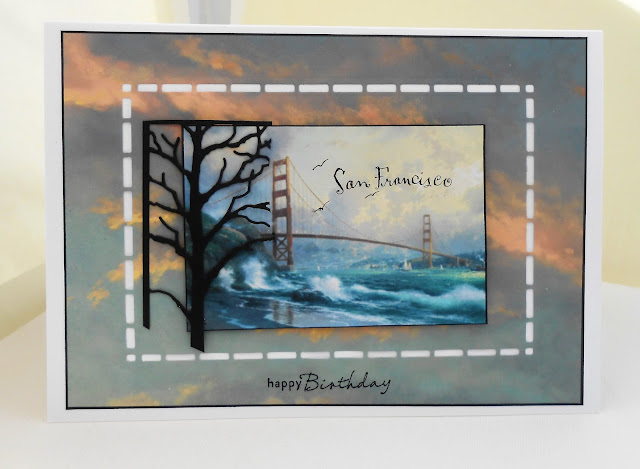 It has taken me some time to get around to a card for the theme at CD Sunday challenge which is "any old iron". I decided to take a look at the Thomas Kinkade cdrom which I have only used once. I'm doing a jigsaw of one of his paintings (doing and have been for nearly a year!). I hadn't realised that there were some cities on the cdrom.

I've chosen San Francisco Golden Gate bridge - I know it's not iron but I felt it was going with the general theme! I've added the City name using a Penny Black Stamp and drew in the three birds. I printed from the same cd rom a sky background and used the CE Australian background die to cut a frame into it. I've edged with a black marker pen, the sentiment is from the now closed Waltzingmouse stamps and finally part of a Memory Box tree die.

This will be a nice card for the OH and bring back memories of our trip there.

I'm also entering this into the Simon Says Stamp Wednesday challenge for "birthday" to celebrate their 8th birthday.

Wynn said…
Fabulous scene Lin. I love the background paper too and the silhouette tree just completes it. Thank you for joining us at CD Sunday Wynn DT
6 April 2017 at 10:12

Barb said…
I really like this Lynne. The image is very atmospheric and I love the background too. Barbxx
6 April 2017 at 11:49

Margarets designer cards said…
Fabulous card, I love the bridge scene a truly wonderful image and the tree die,
Thank you for joining us
Margaret
CD Sunday DT
6 April 2017 at 14:31

Jane Willis said…
Gorgeous - I had no idea the Thomas Kincade CDs had anything like this on. Great choice for our challenge at CD Sundays and a beautiful card
Jane
6 April 2017 at 16:08

Faith A at Daffodil Cards said…
Beautifully put together and love the colours, a fabulous card.
Faith
x
PS Thanks for the lovely commentss.
6 April 2017 at 19:35

Carol said…
What a beautiful image. I have seen the bridge but this picture makes it look more beautiful than it is in real life. All I can remember is that it looked very rusty.
Great card.
Carol xx
CD Sunday DT
6 April 2017 at 23:49

cotnob said…
A super card Lynne, a fabulous image and great design.
Thank you for joining us at CD Sunday.
Pauline - Crafting with Cotnob
x
7 April 2017 at 18:38

meg said…
Wonderful layout for this beautiful image, thanks for joining in at CD Sunday
7 April 2017 at 19:08

Jo Nevill said…
Great card, love the image you have used
Thank you so much for joining us for our special Birthday Challenge over at Simon Says Stamp Wednesday Challenge this week. 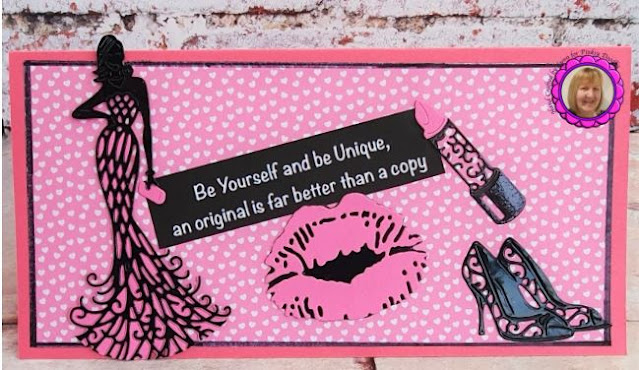 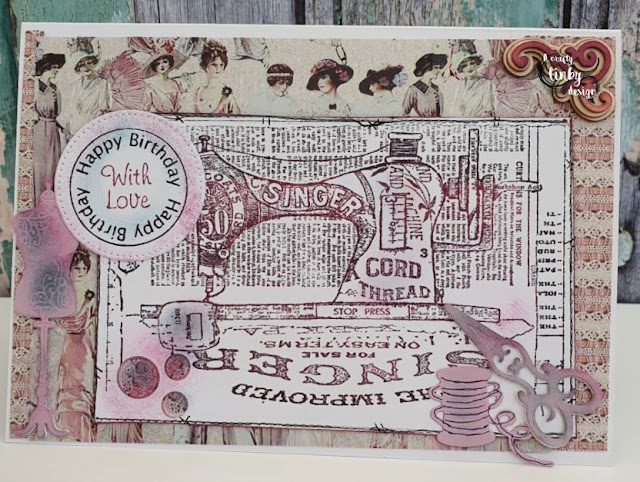 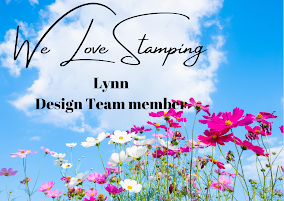 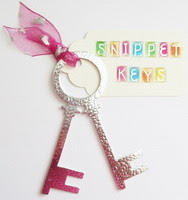 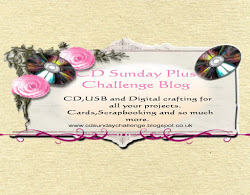 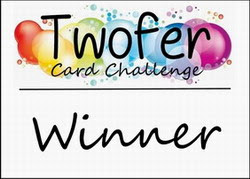 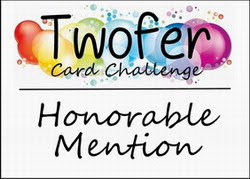 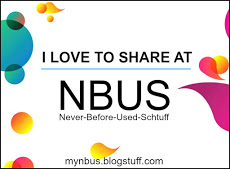 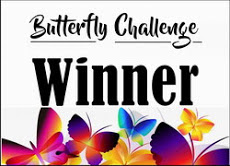 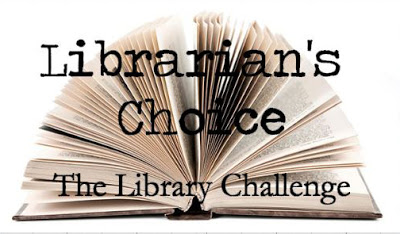 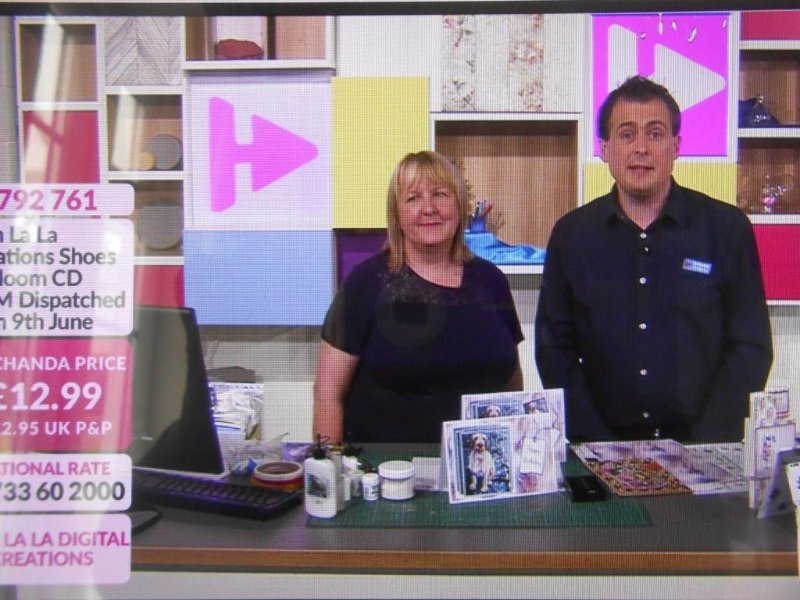 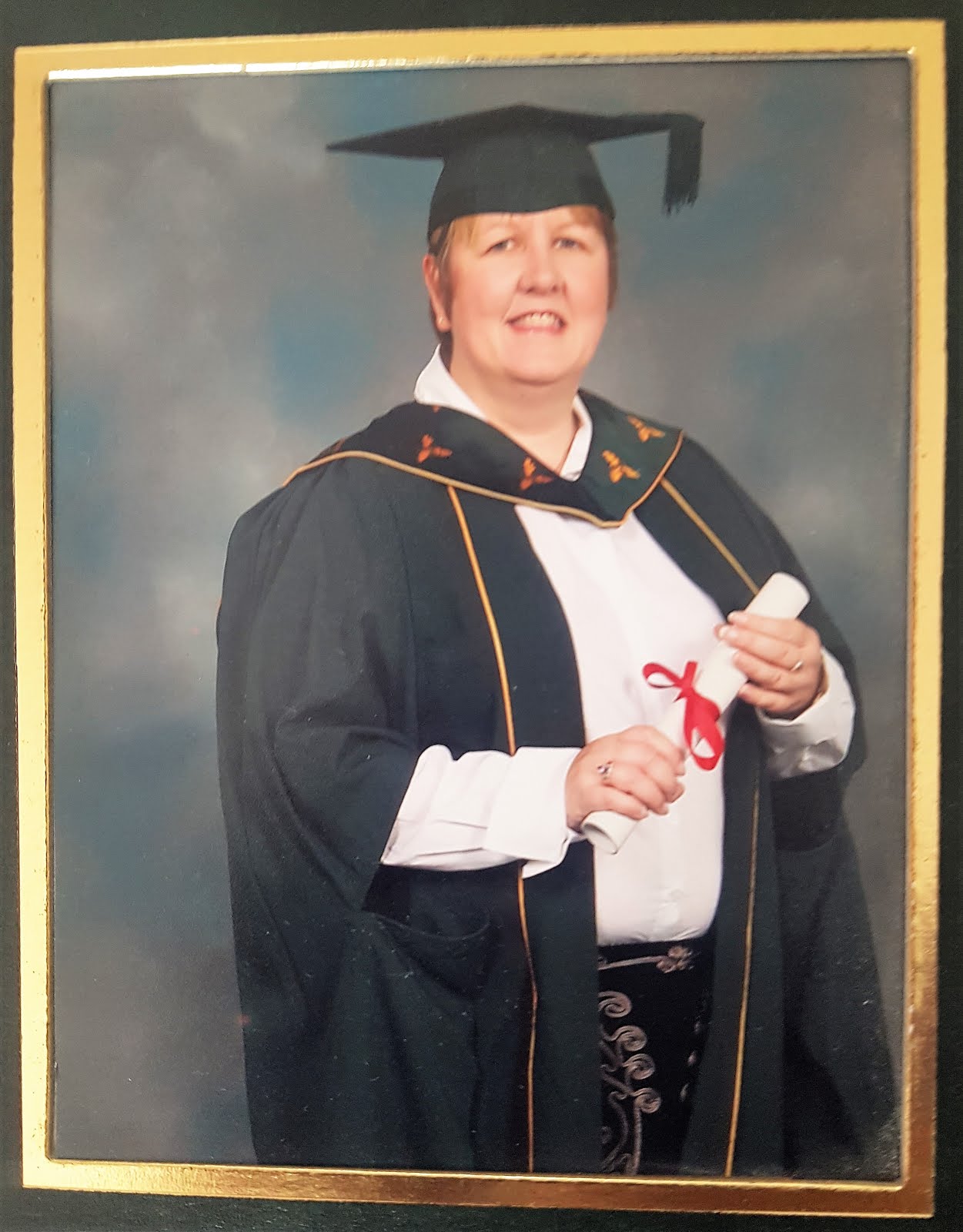